Joining In or Bringing In? 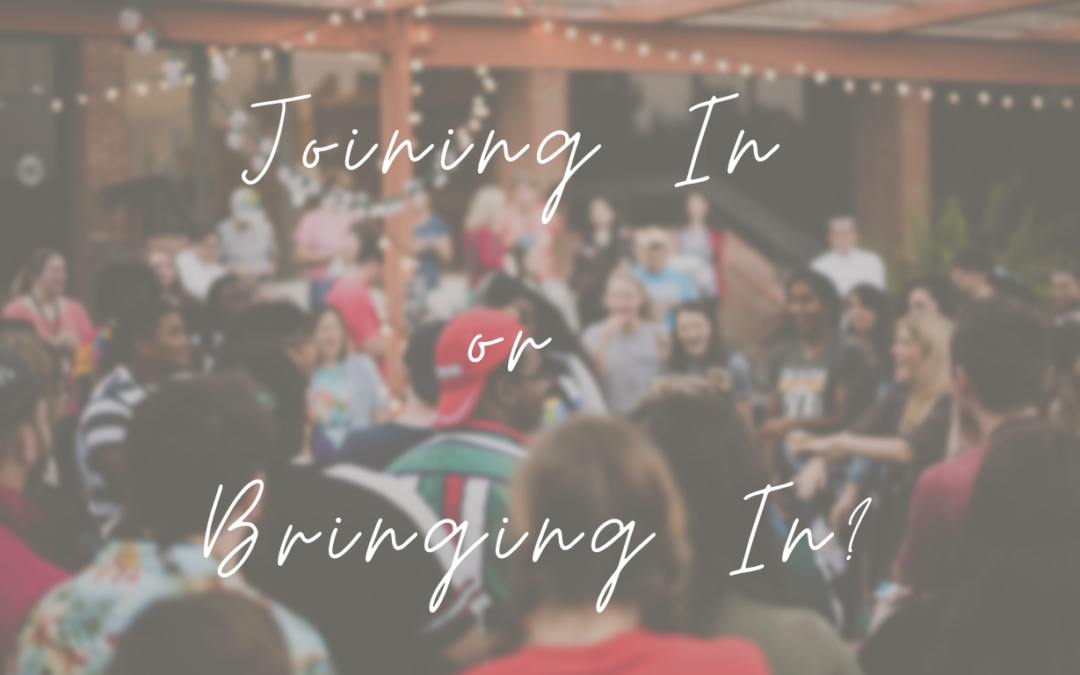 In a recent online gathering, we had an inspiring and challenging conversation prompted by one participant’s reflections on some recent events in her neighbourhood.  There had been a big community Festival in their neighbourhood (of primarily high-rises) hosted by their local City councillor which included lots of fun activities such as face painting, jugglers, food trucks and an outdoor family movie at dusk. There had been an incredible turnout and Sue* had appreciated the opportunity to be with so many neighbours, some of whom she had not seen for a long while (covid times), and others she had never met. Sue was also impressed with how many neighbours were involved in the event as volunteers and how very well done the whole thing was.

In contrast, a few weeks later, a Christian youth organization came (‘parachuted in,’ as one participant named it) to do their annual event ‘for the community’. They brought in everything, including lots of attractions like free food, bouncy castles and big prizes such as BBQs. They also had Christian music and a speaker. But, despite all the freebies, as in previous years, very few residents participated. And as a resident, Sue resonated with her neighbours’ discomfort and sense of intrusion as these ’outsiders came in to do their thing.’

She wondered, “Why wouldn’t they just join in, participate with, volunteer alongside neighbours at the community event that’s already happening? They could have even had their own booth there if they wanted to, they could have helped out, and got to know people. It just really didn’t make sense to me. I felt the awkwardness and resentment of my neighbours.”

Similar experiences and observations were shared, and more questions were pondered:  What if God was present and at work in the community event? What would happen if more followers of Jesus paid attention to, discovered and joined in with what the Spirit was already doing in their neighbourhoods?

These are ’joining God in the neighbourhood’ questions, how are you exploring them?

Photo by Samantha Gades on Unsplash