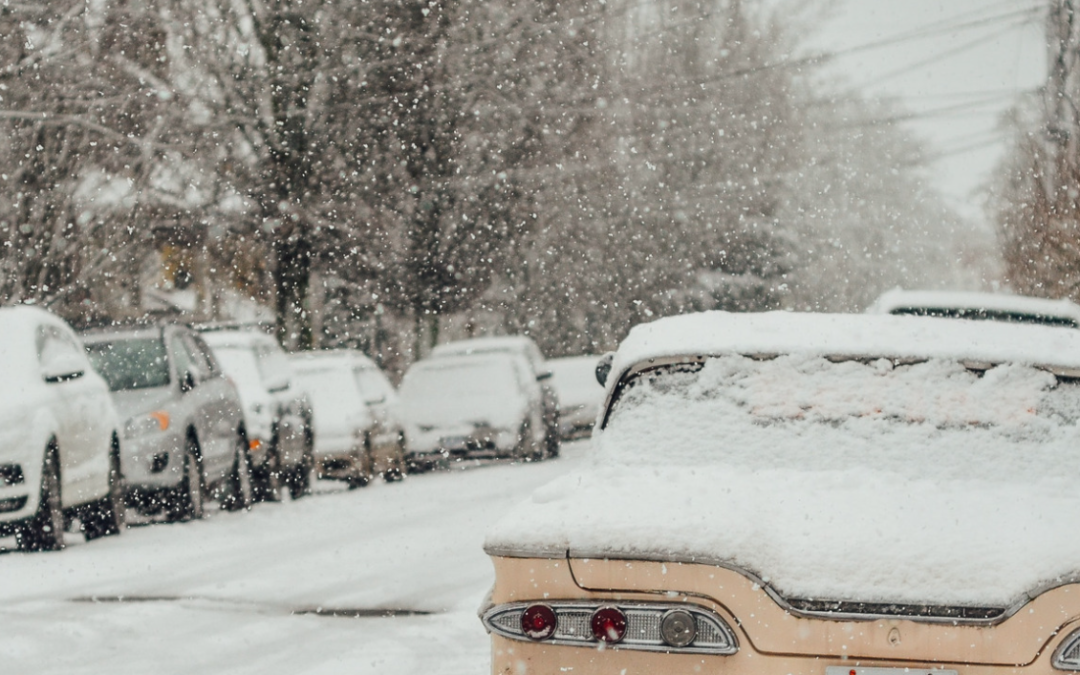 Snowmageddon? Is that even a word? In Vancouver this week, it was a reality. The first snow of the year produced total mayhem on the roads, with a promise of more to come.

I am not talking about a few flakes that slowed things down, but a total upheaval of the travel systems that get people home. Shelley, my wife, commutes 15 km – usually a 20 minute trip. But yesterday, in the midst of the mayhem, it took her 10 hours. That is not a typo – 10 hours. I heard many similar stories.

She set out for home only to discover that her usual route was blocked. The snow was falling furiously and the roads were getting icier by the minute. A semi had jackknifed on the bridge. Traffic was quickly reduced to a snail’s pace as she consulted google and the local radio station for an alternative route. Time to head in another direction with 100,000 other cars. As she inched her way forward and listened to a report of a major crash on the new route on the radio. Avoid that route at all costs! She headed in a third direction, convinced that some skilful driving and a little help from google would get her there. It always had before.

Every which way she turned seemed blocked.

After what seemed like hours, she passed her original starting point with hope that this new direction would prove fruitful. Not so much! With cars abandoned and buses splayed across several lanes, crashes occurring and sirens wailing, people began to lose hope. Some left their cars to take the train which was also severely delayed. Everywhere Shelley turned and everything she tried became more and more frustrating. Nothing that she had learned seemed to work. In her words, she had never experienced anything like it. She was going in circles and had no way out.

But then things changed.

First, she realized her efforts may have been working against her and elongating her journey. Instead of looking for a shortcut, she settled into reality and stopped trying to find a way out.

Secondly, she stopped being guided by the radio and searching the ever changing google maps, and kept her eyes focused on the road ahead of her.

Thirdly, she began to pay attention to the passenger in her car, taking advantage of the time for relationship and giving thanks that she had a companion on this journey.

Exhausted, she walked into the house at 3 am.

Sound familiar? In the last 2 years (or more) I have had the privilege of walking with pastors/leaders across Canada, the US, Australia, Wales and Albania. The number of men and women who are seriously considering leaving “the ministry” (or already have) is greater than at any point in recent history. Statistics show that up to 40% of people have stopped attending church after Covid. Church leaders are discovering that what they learned in seminary no longer works. Some have called it “The Great Resignation.” Where do we turn? How do we get out of this mess? How do we get to where we want to go? Perhaps we need to realize we are in a place we have never been before!

The lessons of Snowmageddon are applicable to church leaders as well.

First, we need to stop relying on all we think we know and can do in our own strength and learn to live in God’s strength and into His plan. It is His agency that we need.

Secondly, instead of relying on all of our tools and systems, we need to discern where God is at work and follow Him in the way.

Thirdly, we need one another as we journey in this reality. We cannot do this on our own but were designed to travel together.

In the partnership between Forge Canada and The Missional Network, we believe this is what God is trying to teach us all. We have created opportunities for leaders to journey together in order to live into these three lessons. The Leaders Table is a short 4 session journey that prepares us to face this new reality together. The Leadership Project is designed to help leaders to recognize that a new way of leading is necessary so that we stop living out of our own agency and learn to seek to live under God’s Agency. The Neighbourhood Project  is designed to help people to learn to discern together where God is already at work in the neighbourhood.

Consider joining us on the journey.

Photo by Guillaume Bourdages on Unsplash