How to Raze a Little Hell! 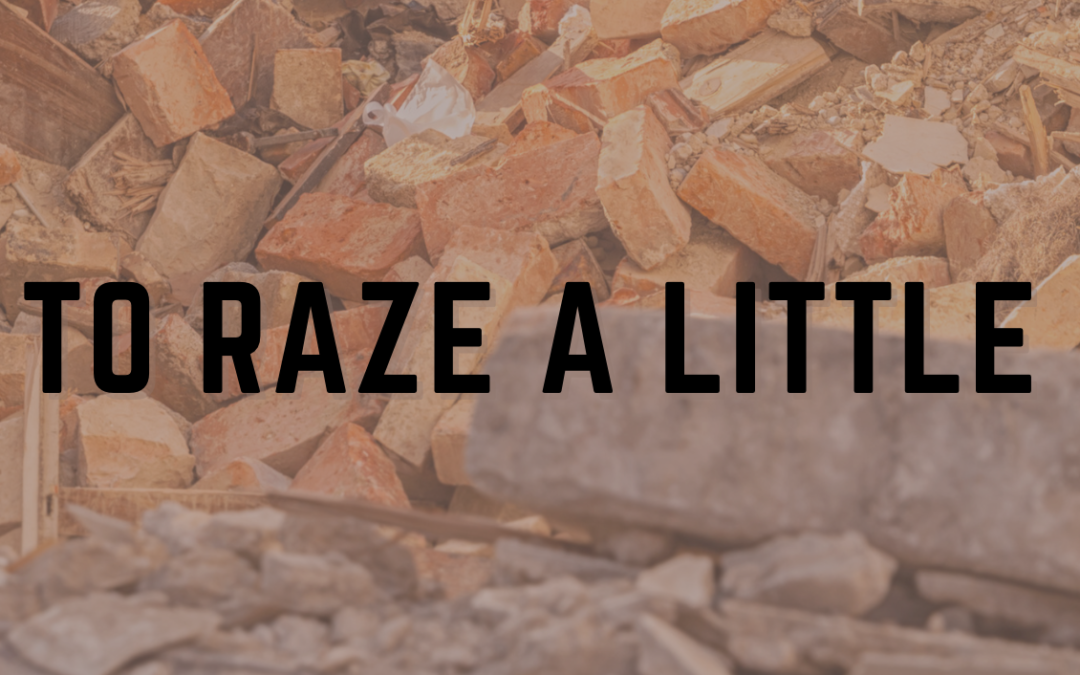 transitive verb: to destroy to the ground: DEMOLISH

If the Kingdom of God exists where the King is presently reigning, than it may be possible to understand that hell exists where Satan rules. Part of the roll of the people of God, according to Paul, is that “…though we live in the world, we do not wage war as the world does. The weapons we fight with are not the weapons of the world. On the contrary, they have divine power to demolish strongholds. We demolish arguments and every pretension that sets itself up against the knowledge of God, and we take captive every thought to make it obedient to Christ.” (1 Corinthians 10:3 – 5)

Sometimes the strong wording of Paul’s exhortation gives the impression that we need to be aggressive and forceful in our approach. But that kind of approach would actually be to contradict the verse and use the weapons of this world. I often find that much of my evangelistic engagement is trying to “demolish” the mental roadblocks that keep people from experiencing the goodness of the King. Helping people to change the narrative that they have been living by, and telling themselves.

This past fall, I was with a lady who told me she was mad at God. We had had several conversations in the past, she knew what I did for a living, and we were comfortable with each other. “Why?” I inquired. “God took my mom with cancer.” I paused, expressed my sympathy and then took a risk. “It sounds like death and disease took your mom. You should be angry at death.” “What’s the difference?” she asked. I then was able to tell her how death is the enemy of God, and that God is going to defeat death. She soon found herself more appreciative of God instead of hating him. The narrative she had assumed had been changed. God is the one who will defeat that which took her mom.

There are lots of stories that people have told themselves about God that allow them to dismiss His goodness and keep them from receiving His love. In short people are deceived by Satan and are experiencing a little of Hell of earth. Sometimes evangelism involves razing a little hell and exalting the God who loves them.